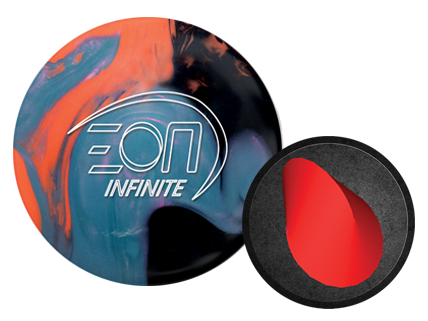 The ALL NEW Eon™ Infinite features a brand new coverstock concept combined with the same great core found in the original Eon™.

The S71™ Re-Loaded coverstock utilizes the same base formulation as the popular Badger™. However, the molecular structure of the resin has been enhanced and optimized to increase backend motion on heavier oil patterns.

This design causes a meandering effect on the center of gravity thus giving the ball more length. This added length allows the core to maintain it’s energy longer resulting in greater down lane hook potential.